Music video director and photographer Andrew MacNaughtan is known for his keen eye and creative art direction. MacNaughtan brought a unique vision to each project, seen in the direction of over 70 music videos, the album art photography of over 150 releases and the press & publicity material for several recording artists and celebrities.

MacNaughtan photographed such premier artists as Avril Lavigne, Celine Dion, the Barenaked Ladies, Alanis Morissette, 3 Doors Down, Michael Bublé and Nickelback. His eclectic style adapts to a wide range of subjects, from the progressive – cutting-edge rock band Simple Plan – to the sophisticated – the official portrait of Her Excellency, Madam Clarkson, the Governor-General of Canada. 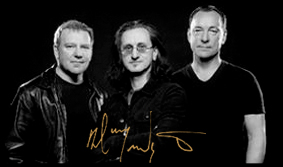 Before his death in January 2012, MacNaughtan had been the principal photographer for rock icons Rush, photographing all their tours, promotional materials and album art. A long and storied relationship that began in the early 80’s, Andrew a life long Rush fan, approached the band with a unique request, could he photograph them for his fledgling Music Magazine and Fan Club? For some reason the band saw something in young Andrew and slowly allowed him to be immersed in their world, first as an assistant in their offices then as the band assistant on the road. Eventually they allowed him to take that picture – and the rest is history.
Andrew never lost the joy of being a Rush Fan, he was always excited to hear new music or see the latest concert and the fact that he got to take part in the creative process was a privilege he never took for granted.

This was the inspiration for The Andrew MacNaughtan Art Store; to give back to the fans and to share his experiences with those he knew would truly appreciate it. He enjoyed meeting other fans who shared in his excitement, and he was extremely touched with the amazing reaction to his work. 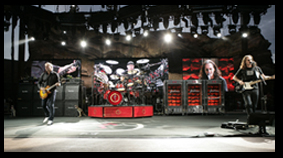 So although difficult, with full cooperation of the band and Andrew’s estate, we are pleased to be able to continue sharing his work. We will continue the important work of his foundation “Art Gives Hope” and look forward to expanding on his vision and goals.

A small inventory of Andrew’s work with Rush will be made available. Although it’s still a difficult time for all involved, everyone felt sharing these prints was the best way to continue to honor Andrew’s work. There is a limited supply of these first edition, autographed prints so check them out now while they last.