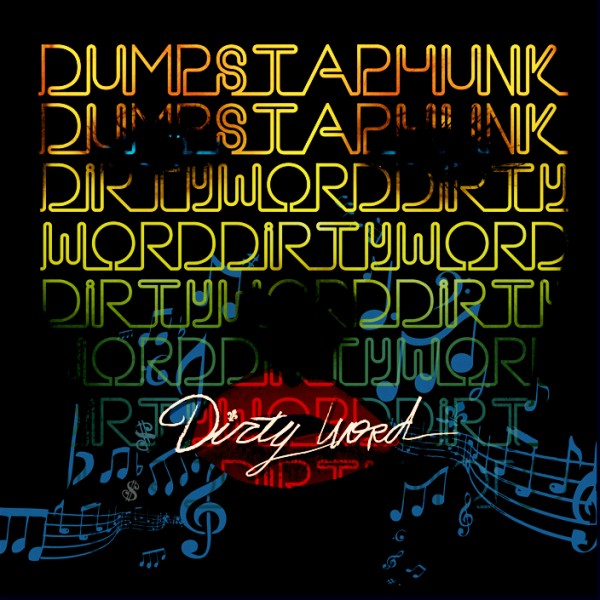 “There are few bands more adept at high-energy throwdowns than Dumpstaphunk.”
Glide Magazine

New Orleans, LA — A decade into the formation of Dumpstaphunk, New Orleans’ all-star collective will release a new fulllength studio album, Dirty Word, on Louisiana Red Hot Records/E1 Distribution on Tuesday, July 30, 2013. This summer, Dumpstaphunk—featuring Ivan Neville (vocals, B3 and Clav), the double bass attack and soulful voices of Tony Hall and Nick Daniels III, Ian Neville on guitar, and the monster addition of Nikki Glaspie on drums and vocals—will tour in support of Dirty Word with an album release tour and festival appearances continuing throughout 2013. All confirmed tour dates are listed below and can be viewed on www.dumpstaphunk.com, with additional August/September 2013 dates to be announced soon. Interviews and hires photos are available upon request.

What initially started as an impromptu line-up of some of New Orleans’ tightest players, hand-picked by Ivan Neville to accompany his 2003 New Orleans Jazz & Heritage Festival performance, Dumpstaphunk has become a stalwart touring act since first stepping onto the Jazz Fest stage. Press accolades for the band have ranged from the New York Times hailing, in 2007, “Dumpstaphunk is the best funk band from New Orleans right now,” to Jambase saying, “Dumpstaphunk remains synonymous with New Orleans and anyone from NOLA would be proud to call this their official band.” Bass Player Magazine added, “The colossal low end and filthy grooves they threw down from the Gentilly Stage must have set a Jazz Fest record for baddest bass jams ever.”

Dumpstaphunk’s third studio release, Dirty Word offers a fresh take and a variety of funk, blues, gospel, second-line, R&B and rock ’n’ roll. The album features special guest appearances by Art Neville, Trombone Shorty, Rebirth Brass Band (all on “Raise The House”), Skerik (with Trombone Shorty on “I Wish You Would”), Grooveline Horns (“Water” and “I Know You Know”), Ani DiFranco (“Dirty Word”) and Flea of the Red Hot Chili Peppers (“If I’m In Luck”). Dirty Word also marks the studio debut of new drummer and vocalist Nikki Glaspie (formerly with Beyonce’s all-female band), a staple presence at Dumpstaphunk’s live shows since she joined the ensemble in 2011. “We always keep the spontaneity going, that’s something I love about this band,” says Ivan Neville. “We can funk it out with the best of them, but we also like to showcase how all sorts of music can come together and push the boundaries of what funk music is. The whole record speaks to the righteousness of music. We’re not necessarily telling a specific story, but expressing how music makes things right for everyone in their own way. Our fans can feel that vibe and let it take them wherever they need to.”

“We just hope to spread the good word through funk,” adds Glaspie. “If we can create an escape, give people a reason to get down and forget their problems, then we’re doing what we set out to do.” On Dirty Word, Dumpstaphunk re-imagines their genre, holding true to the opinionated, vintage funk of Sly & the Family Stone, The Meters, and Parliament Funkadelic, but with a modern edge.

This April, Dumpstaphunk appeared for their 8th consecutive performance at the New Orleans Jazz & Heritage Festival, showcasing new music from Dirty Word for over 30,000 people (Gentilly Stage, 4/27) and rebroadcast on AXS-TV. Subsequently, four members of Dumpstaphunk— Ivan and Ian Neville, Tony Hall, and Nikki Glaspie—joined The Nevilles in a generational “passing of the torch”-style gig on the Acura Stage to perform for 50,000 fans (4/28). Dumpstaphunk also sold-out some of NOLA’s finest music venues throughout the two weeks of Jazz Fest, including Howlin’ Wolf (4/26) for D-Phunk Plays P-Funk, a tribute set in full costume of all Parliament/Funkadelic material. They also sold-out a double-bill at The Maison (4/27) with original Meters bass player George Porter and Phish keyboardist Page McConnell, and two shows at Tipitina’s (4/29, 5/5).

Don’t miss Dumpstaphunk as they headline premier venues across the country this summer leading up to the release of Dirty Word!

JOHN FOGERTY Set For High-Profile TV Appearances Throughout May

People often say that this or that person has not yet found himself. But the self is not something one finds, it is something one creates.
Thomas S. Szasz
Powered By: WordPress Quotes
©2001-2021 King Idea Productions, All Rights Reserved. Website by Norman Sands