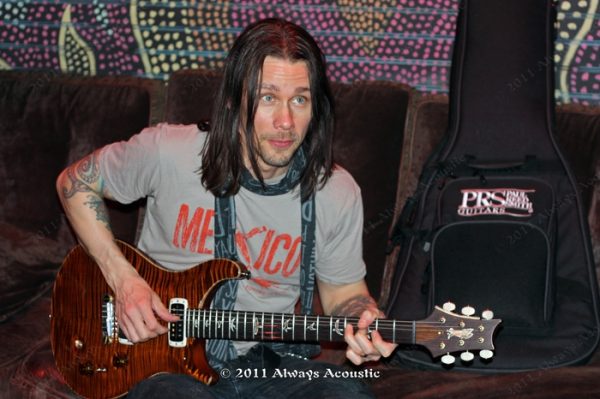 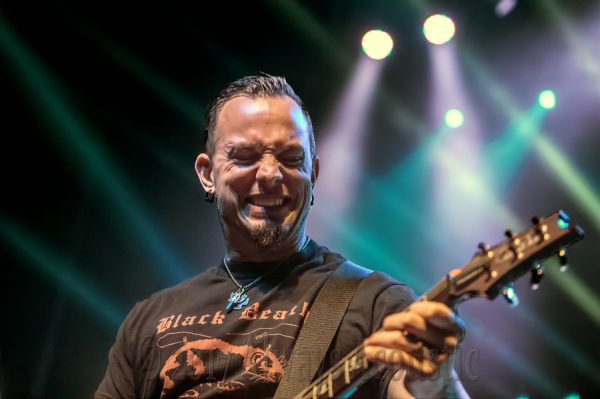 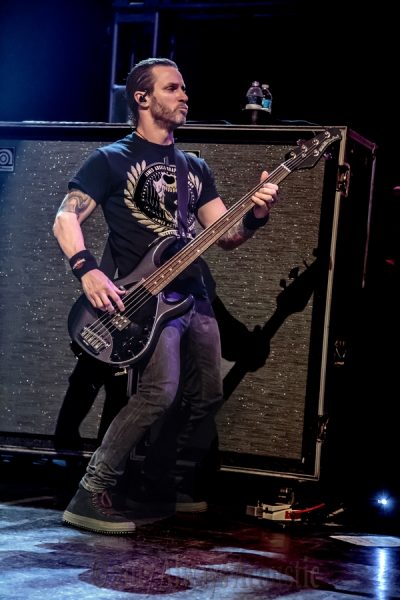 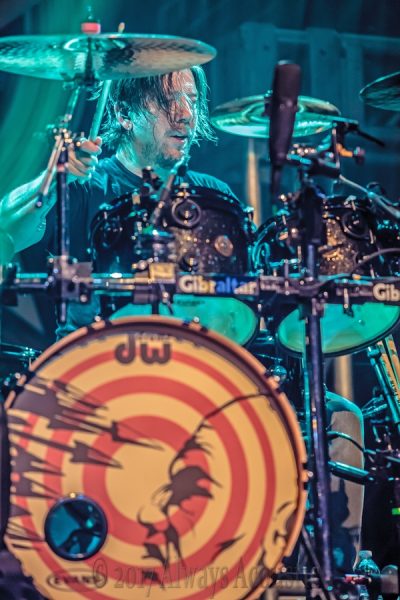 (from Alter bridge website)
Heroes push us to excel. Their will, courage, and sacrifice can bring out the best in the world around them.

Fittingly, on their fifth full-length album, The Last Hero, hard rock juggernaut Alter Bridge pursue a level of excellence inspired by timeless heroism. Making the record became something of a personal quest for the quartet—Myles Kennedy [vocals, guitar], Mark Tremonti [guitar, vocals], Brian Marshall [bass], and Scott Phillips [drums]. In 2013, the band reached an elevated creative and critical milestone with Fortress. It bowed at #12 on the Billboard Top 200, moving over 30,000 copies first-week and earning unanimous tastemaker praise. The record garnered perfect scores from Total Guitar and KERRANG! as well as acclaim from Billboard, The Guardian, Loudwire, Ultimate Guitar, and many more. In between sold out tours in Europe and North America, the guys appeared on VH1 and graced the cover of Classic Rock Magazine who labeled Fortress, “The best thing they’ve ever done,” while Eddie Trunk called it, “A top 10 album of the last 10 years.” When it came time to write new music, the musicians collectively raised the bar yet again.

“Every time we do a record, my only goal is for people to simply think it’s better than the previous one,” declares Mark. “We pushed ourselves so hard last time, and we knew were going to push ourselves much harder here. When we brought material in, it had to outdo Fortress.”

“We always strive for that,” agrees Myles. “While recognizing where we’ve come from, we wanted to expand what Alter Bridge is. This record is definitely an exploration of the hero theme—whether it be the lack of heroes, the need for heroes, or a tribute to heroes. There’s a story in there.”

Myles wrapped up touring with Slash, and Mark finished up a successful run supporting his second solo album Cauterize in late 2015. By January 2016, the four members congregated back in Orlando with longtime producer Michael “Elvis” Baskette [Slash, Trivium]. Over the next four months, they diligently assembled and tracked the 13 songs comprising The Last Hero.

“Because we have very finite windows of time to put these records together, it’s nonstop when we regroup,” explains Myles. “Each writer is very involved.”

“We’d work all day in the studio, and Myles and I would go back to my house and come up with ideas all night,” recalls Mark. “We set up camp in my kids’ playroom with a Garage Band system to prepare for the next day. It was intense.”

Constantly progressing, the boys decided to employ some fresh techniques, utilize more alternate tunings and even recorded on a seven-string guitar for the first time.

“We don’t want to put out the same thing over and over again,” Tremonti continues. “We want to keep everyone guessing. There are three new tunings, and that helped keep us inspired. I’d never recorded on a seven-string until now. This is the first record where Myles planned out his solos beforehand. In the past, he would wing it with this magical, improvisational touch. What he did is amazing. Me and Slash have both said he’s the best guitar player in our bands.”

“We weren’t afraid to travel certain roads we might’ve been hesitant to venture down on the last two albums,” adds Myles. “As a result, some of the songs are more uplifting and melodic. There was certainly a psychological shift. We embraced the past. You hear elements of each record throughout our history.”

The Last Hero opens with the urgent, untamed, and undeniable “Show Me A Leader.” Following an intricate clean intro, the song gallops into a rapturous chant punctuated by fierce and fiery seven-string shredding. It’s a clarion call for the next phase of Alter Bridge.

“Lyrically, it definitely reflects the frustration a lot of people are feeling with the current state of the world,” admits Myles. “The world is looking for trustworthy effective leadership and not this undignified dog and pony show that’s really made a mockery of our system.”

“It’s indicative of our process,” Mark goes on. “Myles had this guitar intro that I loved, and I had the chorus. We put them together. The words call out for a proper leader.”

“My Champion” climbs from a swell of delay into an impressive guitar lick before Myles delivers one of the most spirited choruses of their career to date. “The lyric was actually inspired by thinking back to my situation as a kid,” he remembers. “I was this really small, underdeveloped kid who had to work extremely hard to keep up with all of my peers. It was very frustrating. I would hear a lot of words of encouragement from parents, coaches, or teachers though. A lot of those things were stored away, and they manifested themselves in this song. I’ve been able to apply some of those concepts in my life a thousand times over since then.”

Then, there’s “Poison in Your Veins,” which channels an airy refrain through a whirlwind of guitar Sturm und Drang. “This song showcases the inner dialogue in one’s head; serving as reminder to live life courageously, take chances, and ultimately believe in yourself. It’s not a new theme for us, but definitely one that can never be overstated,” explains Myles.

Tremonti adds: “We wanted to make it as musically interesting as possible, while preserving a hook.”

“Losing Patience” tempers a bombastic drum groove with an ominous and poignant proclamation, while the ballad “You Will Be Remembered” evinces another side of the sound. “It’s a tribute to heroes like anybody who’s served the country or community,” Myles remarks. “The song touches on the ultimate sacrifice soldiers, police, and firemen are willing to give.”

Nearing seven minutes, the title track and finale ebbs and flows between hypnotic heaviness and an instrumental elegance that’s cinematic in scope. “That’s probably my favorite track,” he states. “Whether it’s today, 100 years ago, or 1,000 years ago, being a human on this planet is never easy. We’re going through a lot. The need for heroes, positive influences, and good leadership is obvious, but we definitely need it right now.”

“Fans love the epic side of Alter Bridge,” Mark says. “We tried to stretch the boundaries again. The arrangement isn’t typical at all. It’s an important moment for the record.”

“It’s good to be back in the Alter Bridge battle,” Myles leaves off. “Every time we do a record, I’m reminded of how great it is to have this passionate and loyal audience. We don’t take it lightly. We consider it an honor that people let us into their lives that way.”