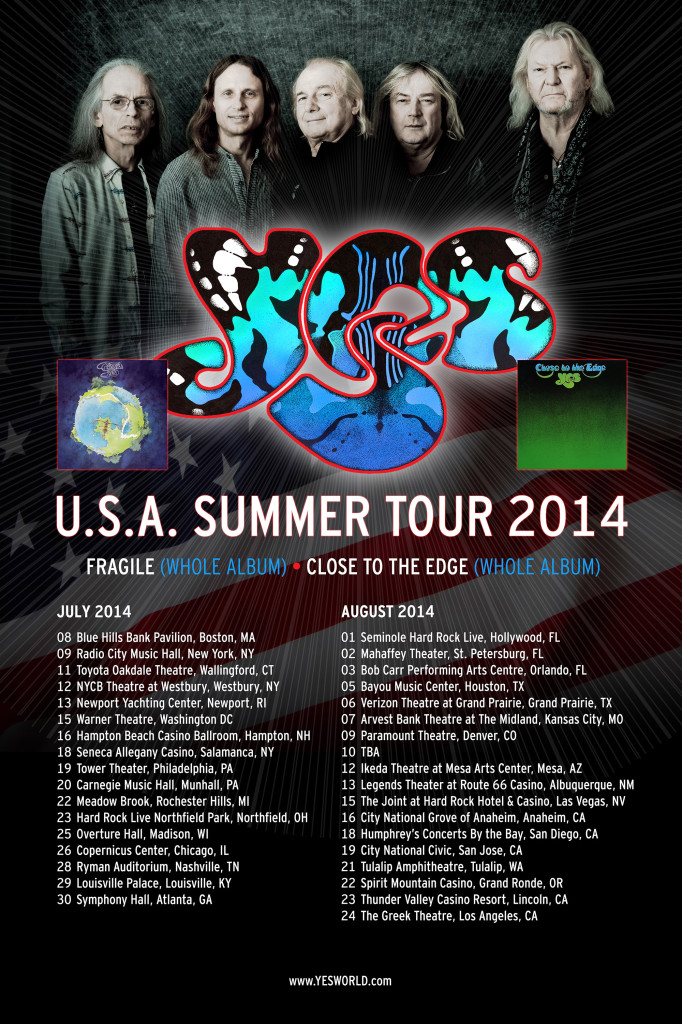 For their 2014 dates, Yes will perform 1971′s Fragile in its entirety as well as every track from 1972′s Close To The Edge, followed by an encore of the band’s greatest hits and material off their new studio album, Heaven and Earth, which is due on July 8.

The 35-show run is currently scheduled to come to a close on August 24 at the Greek in Los Angeles.

Tickets go on sale beginning Friday, March 28 from 10am.

Success is getting what you want. Happiness is wanting what you get.
Dale Carnegie
Powered By: WordPress Quotes
©2001-2021 King Idea Productions, All Rights Reserved. Website by Norman Sands