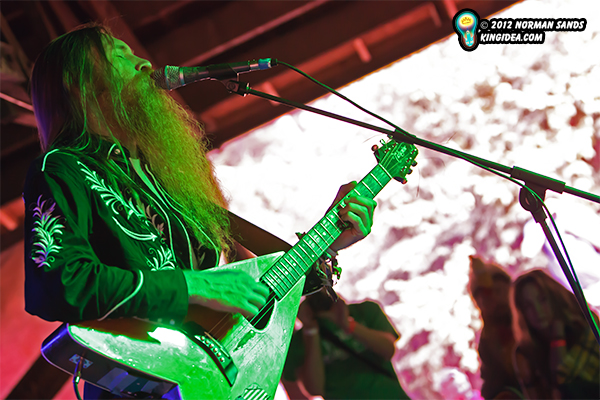 Jaik Willis is a wild fire-breathing freakshow, pummeling a flying V acoustic guitar that crashes like cymbals and booms like a bass; howling & scatting impossible vocal turns while simultaneously beat-boxing. Playing 200 shows a year with appearances at Bonnaroo, Summer Camp Music Fest, Dunegrass, the Chicago Bluegrass & Blues Fests etc. Jaik Willis got a shout out in Rolling Stone magazine in Oct 2012 for his vocal contribution to the latest Bassnectar album “FreeStyle” that debuted at #1 on iTunes.

Jaik has moved well over 15,000 CDs by hand with no outside assistance. His song “Leaving Vancouver” was featured on the front page of the Chicago Sun Times website accompanying an article and a 2 page photograph in the paper itself. Chicago Tribune ran a feature article on him in their Arts section. His song Checks & Balances was featured on Neil Young’s website for over a year. He recently recorded with Stephen Perkins of Jane’s Addiction, Rob Wasserman of Ratdog, Willie Waldman, & DeVante Swing of Jodeci for an album due out in 2013.

His 4-octave voice stretches out in vocal solos, scatting and beatboxing; over his high-energy acoustic guitar work on original songs that are accessible and lyrically intriguing. The focus is on keeping the show fun for the audience.

Jaik trained at Berklee College of Music in Boston, Illinois and California State Universities’ music departments, and in Hollywood’s Musician’s Institute as their youngest student when he was 16 years-old. He spent all of his teen-age years practicing 10-16 hours per day. After studying jazz and Euro-classical music, Jaik received an ethno-musicology/ anthropology degree with a thesis on microtonal guitar music from Mauritania. He is always seeking performance opportunities and new avenues forward for his music.

“Whether playing progressive folk music on his acoustic guitar, beat boxing while singing at the same time, shredding an electric guitar for a jazz project or yodeling for Bassnectar, Jaik Willis always has tricks up his sleeve and the ability to impress in so many ways.” -J-man (MusicMarauders: News, Reviews & More)

“The standout set of the day was Jaik Willis. As a one man band, this guy’s energy alone is astonishing. He doesn’t just sing, he belts his lyrics out, all while hammering on his guitar, dancing around, and stomping his feet as if the energy of his music is just flowing out of every end.” – (Soundfuse Magazine)

“Jaik is a hardcore troubadour somewhere in between Steve Earle and Nusrat Fateh Ali Khan. He has wandered around the USA like a modern minstrel, surfing sofas, car camping, and paying dues to sing the blues. It is a high energy solo show featuring Jaik’s horn-like voice darting around a blistering broken-string approach to his acoustic flying V guitar, with original songs that are accessible, and message driven” – (Chicago Jams)

“He has a most unique soaring falsetto and a wild eyes rolled in the back of his head fierce guitar style. He writes original songs, including a fantastic song about Freedom (the gas station). Jaik’s sound is somewhere between Anti-Folk and The Band and it is unlike anything I’ve heard from anyone else. His energy is fierce, his vocal range is inhuman, his beard is long. You’ve gotta check this guy out.”- ( Independent Music Center ) 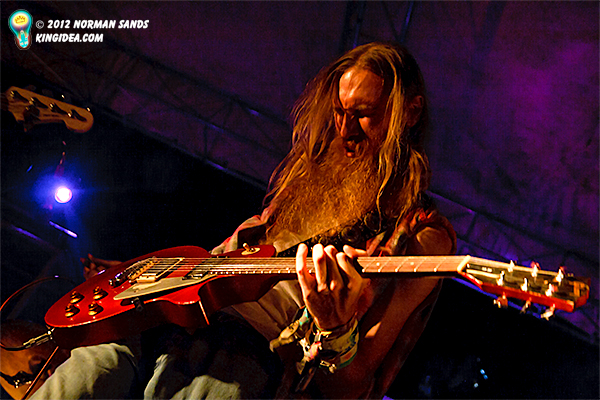 Success is getting what you want. Happiness is wanting what you get.
Dale Carnegie
Powered By: WordPress Quotes
©2001-2021 King Idea Productions, All Rights Reserved. Website by Norman Sands