Rich textures created by the band have been described as “Plush Lonesome Western Blues”. Attracting a listener base whose musical taste transcends different genres, Majors Junction produces a diverse meld of country honky-tonk blues with folk undertones and hints of bluegrass pickin’ and good old rock & roll. It is a unique sound that celebrates individuality and hard work, two qualities the band shares with its hometown of Chicago.
The band came onto the scene in 2003 with their debut release “A Desert Oasis”. Local garnered praise has propelled the group to better gigs and a growing fan base.
Their second release “Confluence” in 2006 received uplifting reviews from the US and abroad. Providing upbeat rockers and smooth ballads the album shows off the songwriting and performance abilities that put this band at the forefront of the Chicago country scene.

“Good Versus Evil” (August 2009) has them mining the roots of American music, Majors Junction gain inspiration from blues, country and rock, handling each with male/female dual vocals and a clear love for the forms that inspired them.

The husband and wife duo of Mike Mulcahy and Heather O’Brien along with Heather’s sister Kiley O’Brien provide the upfront harmonies that give the band a rich sound. Mulcahy plays guitar and writes the majority of songs for the band having song topics ranging from religious intolerance to a future ruled by robots. Other members of the band include Ira Sussman on upright bass, Colin Williams on the drums and Matt Gandurski on the Telecaster. Colin also co-produces all of the albums with Mulcahy and has been with the band since its conception back in 2002.

Beyond the core of Majors Junction there is a family of musicians throughout Chicago that joins the band regularly to satiate any musical palate. Drummer Mark Janus, Bassist Tom Conlon, Multi-instrumentalist Michael Scott Duplessis, upright bass player Roger Sherman, pedal steel ace Brian Wilkie, fiddle player Allie Kral and slide guitar player John Hasbrouck are just a few of the musicians that join the band live and in studio.

Majors Junction can be regularly seen and heard at Chicago clubs like Martyrs’, The House of Blues and The Hideout, and also perform at festivals like the Chicago Bluegrass and Blues Festival, Metronome Festival, Taste of Chicago and the Greeley Stampede in Colorado.

“Every element on this album comes together perfectly. A strong country sound with influences of blues, bluegrass, Midwest rock and rich vocals makes it very unique. Fans of any music genre deserve the opportunity to discover Majors Junction.”
—Mark D. US99.5 America’s Country Station

“Mulcahy writes the sober achy ballads and kicky jumpers of the country music style, and he’s good., …Here’s a man going down the road with a lot on his mind, but he’s not in Kansas anymore., …licks knock on Dylan’s and The Band’s door…”
—Jim Wallace, The Montpelier Bridge

what else they say… 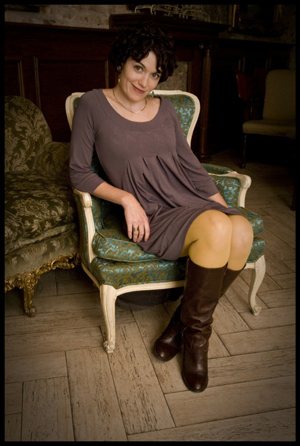 “This band has it all going on. They sound original, fresh and very talented. Great Vocals, Great Harmonies, Great Songs and a Smooth Production on this release. Majors Junction style is just killer. The band is tight and delivers some of the coolest licks on their instruments that we have heard in sometime. They move from Southern Rock, to Roots/Americana Country and Blues as smoothly as butter on a hot plate. This band is just simply hot!”
—RootsMusicReport.com

Live in studio performance on Hambone’s Blues Party, “Sounds great, I like it a lot. Sort of has a “Band” sound to it.”
— Scott “Hambone” Hammer of 90.9FM – WDCB College of DuPage

“… Album 2 is even stronger that their debut. They can sing, they can write and they have good taste in special guests.”
—Richard Milne of 93.1FM – WXRT

TRI Studios & Eel Pie Productions Present WHO I AM, Pete Townshend (The Who)