Moog Music is proud to announce Gary Numan as the recipient of the 2016 Moog Innovation Award.

Numan joins past honorees Devo, Brian Eno and Thomas Dolby.
One of the original pioneers of popular electronic music, Gary Numan’s enduring pursuit of new sounds has led to a career spanning over 35 years, with over 50 releases, 23 Top-40 singles and 13 Top-40 records. Numan’s first three solo albums, Replicas (1979), The Pleasure Principle (1979) and Telekon (1980), make up his post-pop “Machine Trilogy,” and are the prototype for modern industrial music. Replacing guitars with heavily affected synthesizers, Numan’s early work is almost single handedly responsible for introducing post-punk electronica into the popular consciousness, while propelling synth music beyond Prog Rock to inspire the wave of 80s synth pop that soon followed. His impact on the three generations of music since can’t be understated. Numan was massively influential on industrial rock icon Trent Reznor, the phased and metallic minimalism of Radiohead, and the dystopian production of hip hop genius, the GZA. Gary Numan is a manifestation of electronic culture’s progressive nature to explore the limits of traditional sound and develop new mechanisms for expression. We are honored to name him the recipient of the 2016 Moog Innovation Award.

Gary Numan is being presented the 2016 Moog Innovation award at Moogfest in Durham, NC on Saturday, May 21 at 2pm in the MOOG POP-UP FACTORY. For more information on Moogfest, visit www.moogfest.com. 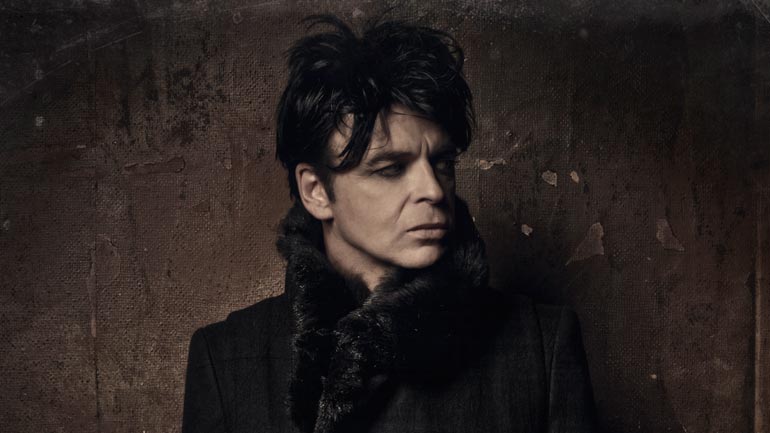 About Moog
Moog Music is the leading producer of analog synthesizers in the world. The company and its customers carry on the legacy of its founder, electronic musical instrument pioneer, Dr. Bob Moog.  All of Moog’s instruments are hand built in its factory on the edge of downtown Asheville, NC.

About Moogfest
Moogfest is the synthesis of music, art and technology.
Since 2004, Moogfest has brought together artists, futurist thinkers, inventors, entrepreneurs, designers, engineers, scientists, and musicians.

By day, Moogfest is a platform for conversation and experimentation. This mind-expanding conference attracts creative and technology enthusiasts for three days of participatory programming in Durham, North Carolina. By night, Moogfest presents cutting-edge music in venues throughout the city. Performing artists include early pioneers in electronic music, alongside pop and avant garde experimentalists of today.

Moogfest is a tribute to Dr. Robert Moog and the profound influence his inventions have had on how we hear the world. Over the last sixty years, Bob Moog and Moog Music have pioneered the analog synthesizer and other technology tools for artists. This exchange between engineer and musician is celebrated with a unique festival format where the creative process is understood as a collaboration among many people, across time and space, in commerce and culture

Find more about Moogfest at: